Hi again!
As I complete my last semester of paralegal studies, I find I have spent less time maintaining this blog – something I hope to work on in the the coming months. To those of you who continue to follow and support me, I appreciate it.
Anyway, onto tonight’s post on nostalgic films. I was raised in the 90s, so my definition of nostalgia does include the sometimes cheesy, sometimes heartfelt Disney films, both theatrical releases and original movies. I’ll begin with the theatrical releases that have stayed with me through childhood and influenced some of my decisions as an adult.

1. The Lion King (1994)
This animated feature is a Disney classic. Set on the African plains, it’s the coming of age story of Simba, a young lion who is destined to become king of his pride. The music is quite comical with Hukuna Matata and I Can’t Wait to Be King being the prominent and most remembered songs from the ’94 movie. The art design was remarkably produced as well, featuring a number of diverse landscape of the African continent from the savannah to the desert.
2. Mulan (1998)
This animated feature is perhaps my favorite Disney of all time. Perhaps it’s because of the dominant female character, Mulan. Or perhaps it’s because of the song I’ll Make a Man Out of You. Or perhaps it’s because of its representation of ancient Chinese history.

It would have been highly unusual, and likely unacceptable, for a woman to fight for her country in ancient China. So she is an unconventional Disney princess, and one still highly underrated.
3. Pocahontas (1995)

Pocahontas is the tragic story of a Native American princess. Albiet, Disney took some creative license in its retelling of this eighteenth century tribal princess. The appreciation of nature takes a center stage in this feature with Just Around the River Bend and Colors of the Wind. 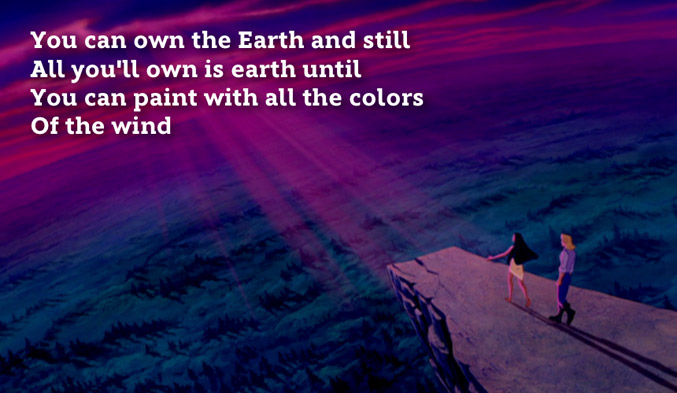 You can call me a cynical, but I love that these lyrics represent that owning land may not be of most value: taking it from other people like the Native Americans, building a settlement or a city (in modern times), is not always the best approach.

4. Air Bud (1997)
Ok, so this one may not have been a theatrical release; but it is unsuprisingly another one of my favorites.
While Air Bud takes place closer to home, I love the heartfelt story of a young boy connecting with a talented golden retriver.  That talent, of course, is basketball. Maybe it’s a bit farfetched in that regard, but Buddy and Josh definitely make great teammates and friends.
It was filmed in entirely Vancouver, Canada. And any animal lover would love the story.
Can’t you tell I desire to travel the world?