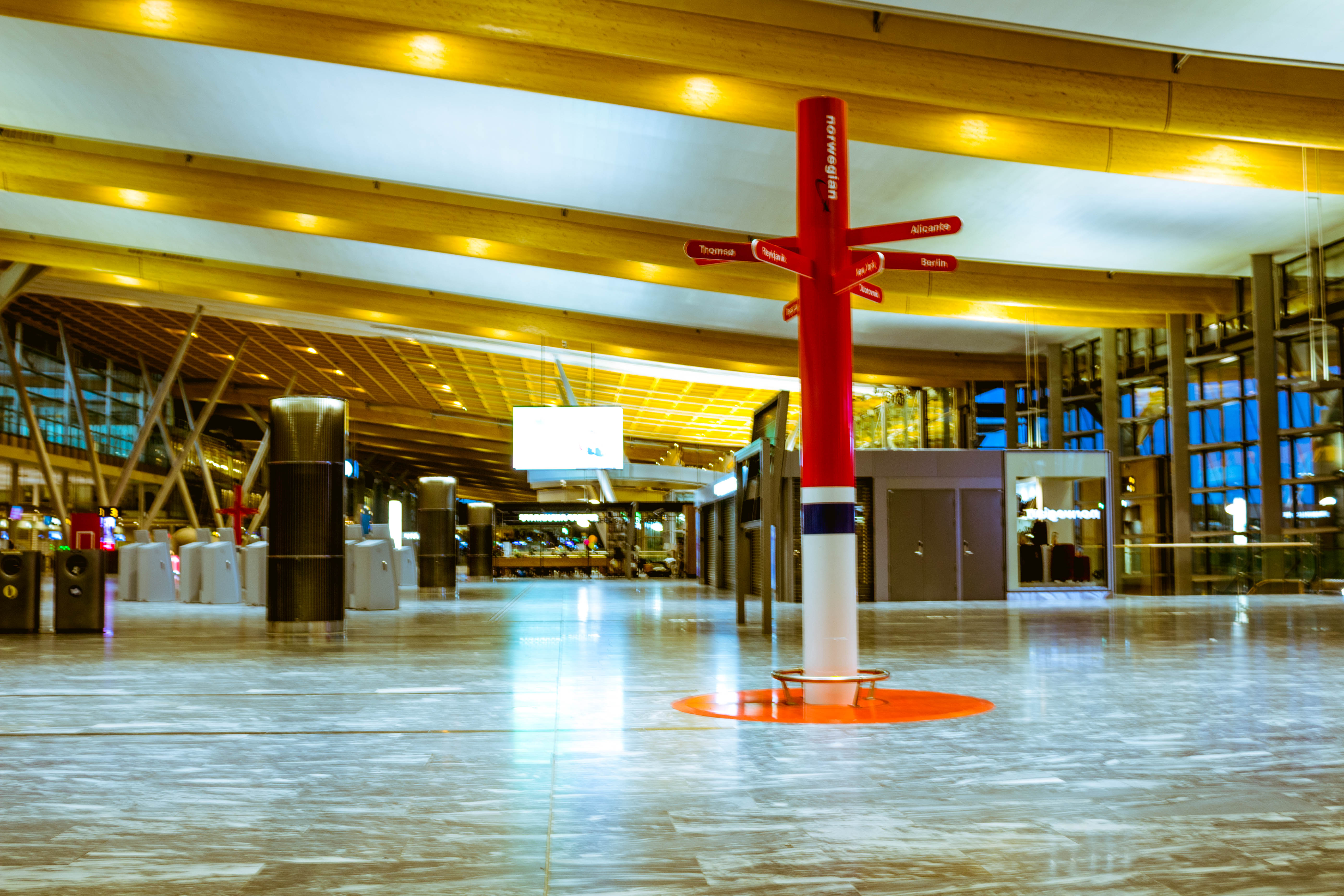 Ok, so besides taking the T-bane and Flytoget in the capital of Oslo, I didn’t take many trains on my recent trip to Norway. Nevertheless, on both trains, everyone was quiet. Even going into the T-bane stations, I was surprised at how open they were. How there was a certain level of trust that was already adhered to. I didn’t need to buy any T-bane tickets, except for once to return to Citybox on Prinsens gate, one of the main thoroughfares, on May 17th.

After arriving in Europe, and particularly Norway, the setup in the airports for Norwegian Air were completely different – albeit better – than here in the States. In Oslo Airport, Gardermoen and other regional airports, if you are taking Norwegian, you are required to check in your own luggage at these automatic check-in stations dotted across the left side of the entrance.
Once you get into the habit going through check-ins independently, you feel a sense of pride. At least that’s what I was beginning to feel after having to go through the process in both Norway and Finland.

It’s like they [Norwegians] knew me. No, seriously! Hear me out.
When I arrived at the Europcar kiosk inside Tromsø Airport, Langnes, I had to wait for just one family ahead of me to get the keys to their rental car. I had to shuffle three bags around with me. After arriving in Norway a week or so prior, I realized I had overpacked. It’s likely I still would, when I get the opportunity to return. Then it was my turn to greet the customer service agent, receive the keys to my rental car, and start my Northern Norway adventure.
One thing to remember is to make sure to pull the emergency brake down.
Strangely and unexpectedly, the car I received for the week was a grey Toyota Yaris Hybrid, nearly identical to the the one I drove before trading it in for the gas-guzzler Nissan Rogue. (But that’s for a different story, perhaps). Except, because I was in Norway, the rental company had a hybrid vehicle in their fleet. Likely more, I suspect. But I wasn’t in Tromsø for business, or perhaps I would have done some analysis on cars in the area. 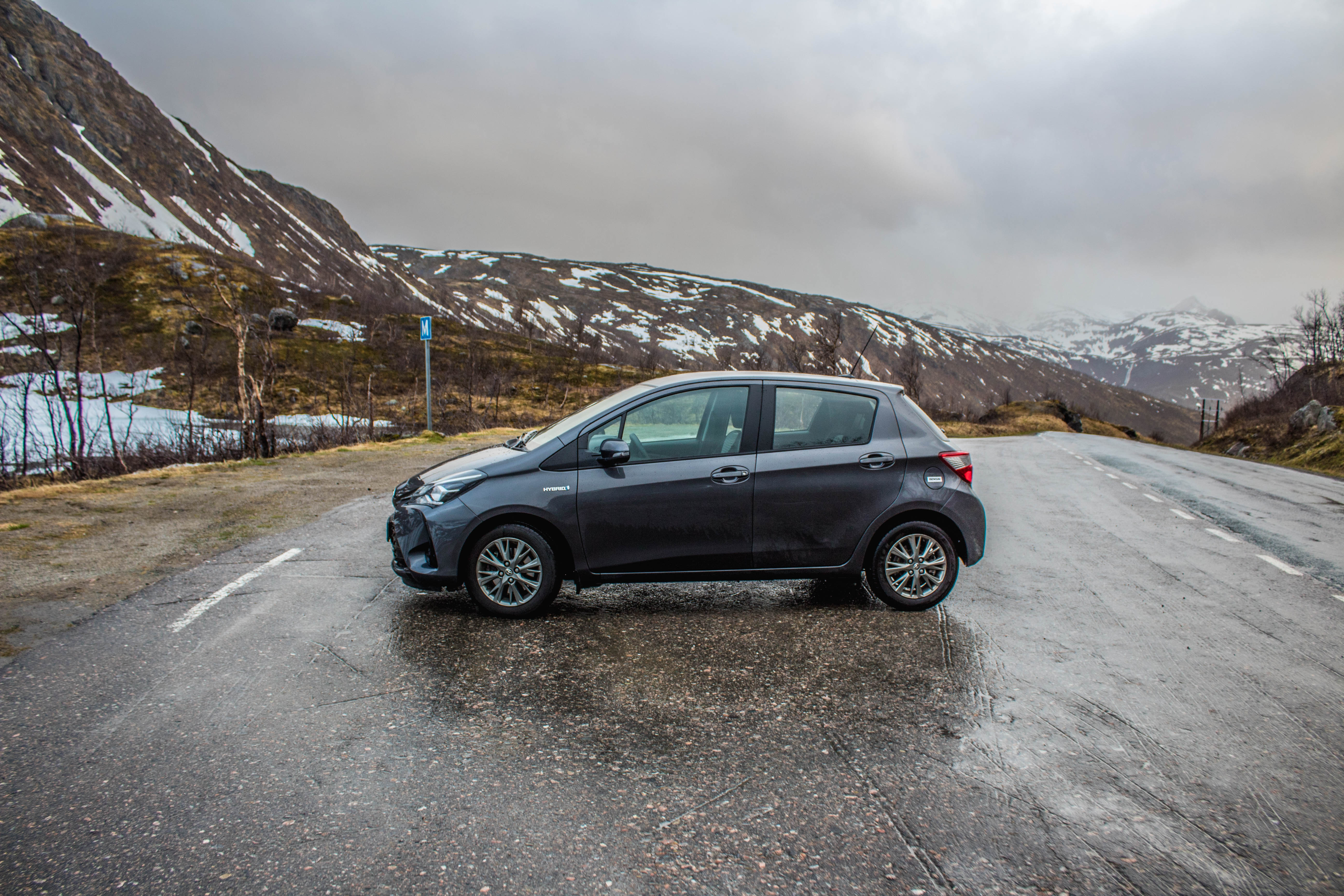 A picture of the the rental car, a Toyota Yaris Hybrid, on Senja in late May. Note: there was still snow on the ground.

Yeah, I know that sounds boring. But that’s what I was thinking when I passed what few dealerships there were in the Troms region I explored.

For comparison, in the United States there’s such a thing as a Motor Mile, usually a stretch of road where there are numerous dealerships of various brands ripe for your choosing to buy or lease based on your preferences.
Seeing fewer dealerships and fewer advertisements made me happy. I could focus on the road. With mountains looming above you and fjord views from the left or right, it was exceptionally hard for me to focus. On top of that, on my first night, I had been so tired from staying up to 4 a.m., sleeping probably about three hours in the Helsinki airport and sporadically in Oslo Gardermoen and on the flight up to Tromsø.

It’s hard for me to describe the drive down to Senja from Tromsø. The emotions I felt on the drive were threefold: breath-taking, inspired, and proud.
Why was I proud? you may think. I am not Norwegian.